Back to the Blog

Thanks so much for helping to spread our passion for photography!

Or just grab this link:

This is the third and last post about my vacation in Slovenia last year.

The last leg of my journey brought me to Slovenia's capital, Ljubljana. Overall I would say that it is a very typical central-European city. Nestled in the flat area between several hills the beautiful old city center is surrounded by commercial and residential districts. On the outskirts there are also some industrial areas. 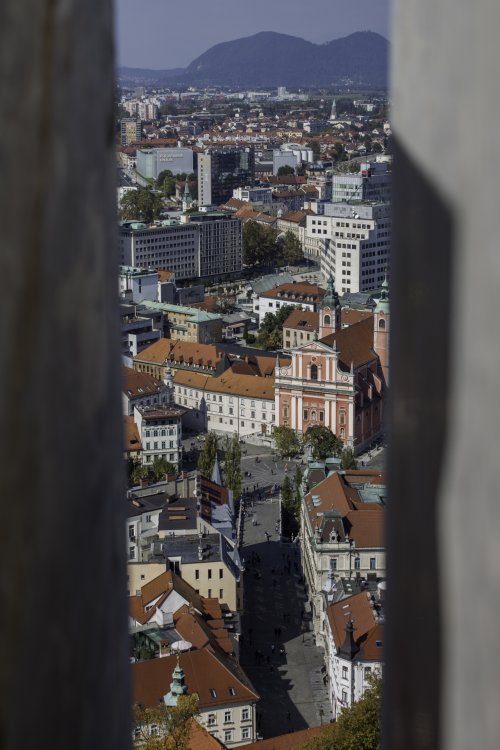 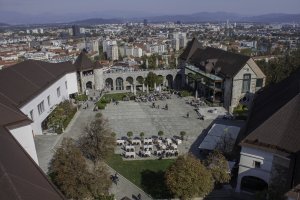 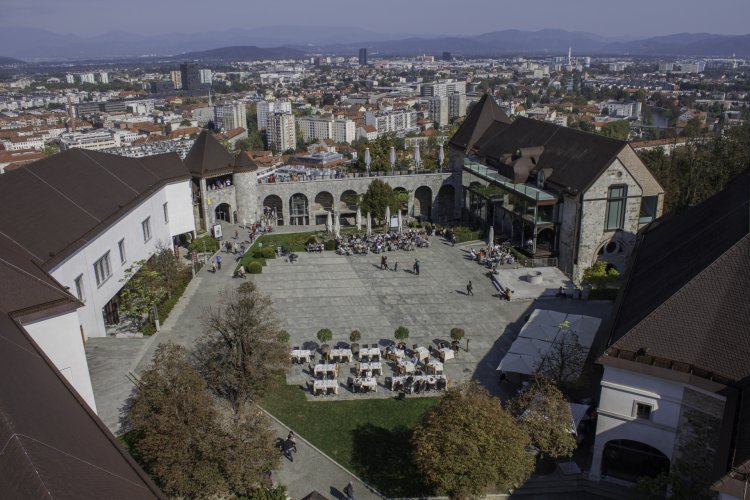 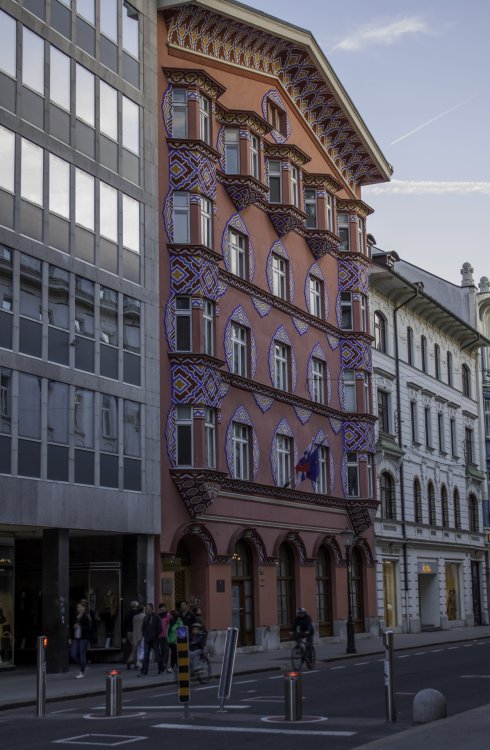 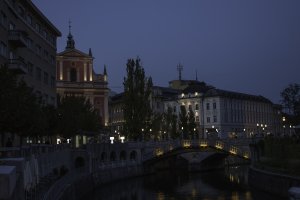 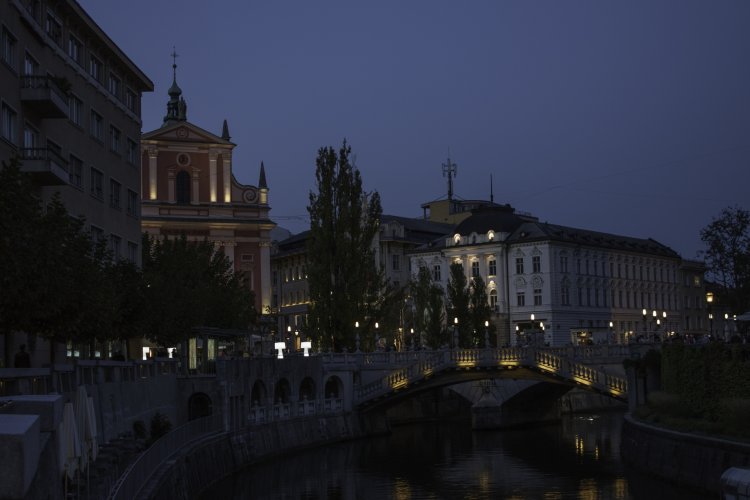 As you can probably imagine, I focused mostly on the old city, as it has all the beautiful sites and is very pedestrian-friendly. In fact, the entire area surrounding the castle, Ljubljana grad, is a pedestrian area. The castle overlooks the city from its perch on one of Ljubljana's hills. It is well worth a visit, as it is filled to the brim with Slovenia's and Ljubljana's history and has a tower with a 360° panorama of the entire city and its surroundings.

At its feet, the Ljubljanica parts into two river arms that flow around either side. The old city follows one of the arms almost for its entire length and thus consists mainly of the riverside promenades with lots of restaurants and cafés. The centerpiece is the Prešernov trg with its three bridges, the Prešeren monument and the Cerkev Marijinega oznanjenja, a Franciscan church from the 17th century.

Aside from the nice landmarks Ljubljana is also a very interesting city to visit. It is a cultural melting pot with influences from all the neighboring countries especially, but as a European capital city with a university it also attracts people from all over the world. 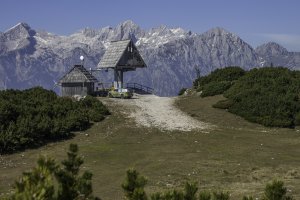 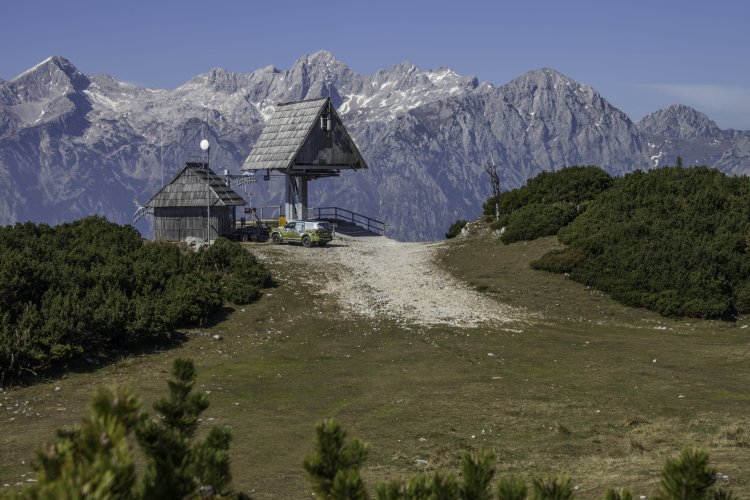 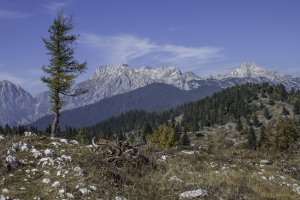 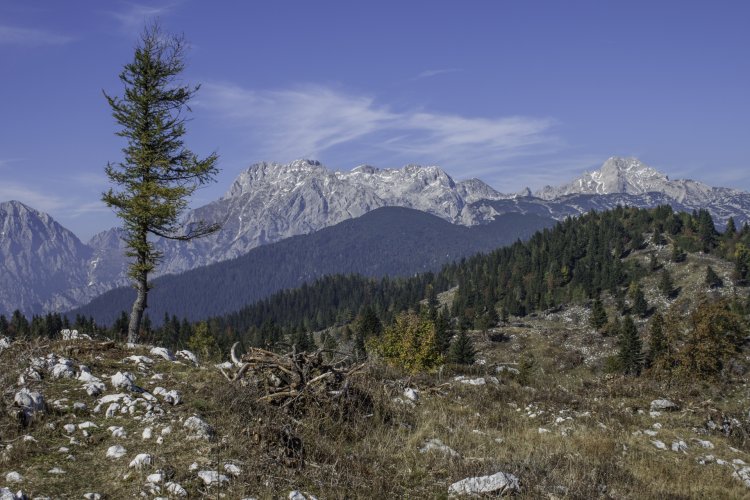 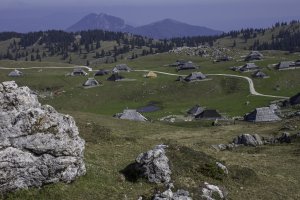 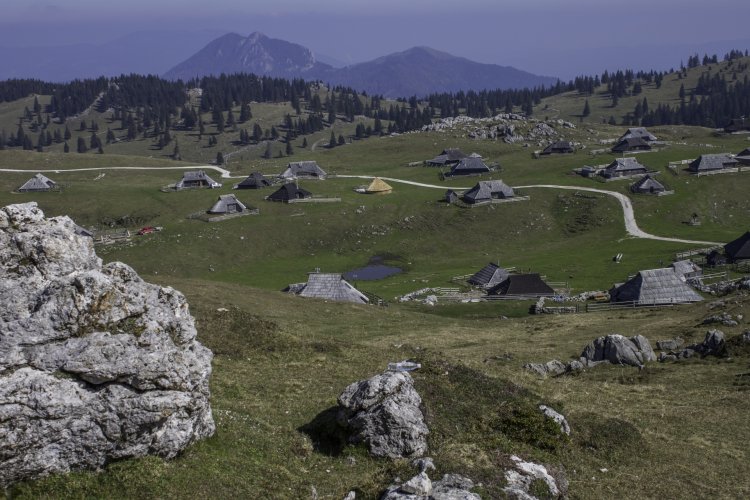 For my last day-trip I decided to follow up on a small remark in my travel guide. It recommended visiting the Velika Planina , a high plateau in the Kamnik Alps that is home to a small sheepherders settlement. So, I drove to the valley station (at about 500 meters) of the cable car that would bring me up to the lower rim of the high plateau at about 1,350 meters. From there it is normally possible to take a chairlift up to the top, but I had just missed the end of the season. So, I took an unexpected hike up there to the top station of the chairlift, which sits at about 1650 meters.

From there you have an absolutely beautiful view of the mountain panorama and down over the wide plains of the Velika Planina with its characteristic traditional herdsmen huts. I was there in October, so the sheep had already been brought down to their wintering grounds and most of the settlement was empty. This, however, increased the intense feeling of peace and serenity I felt up there.

Now that I have been there, I can definitely understand all the good things I had heard about Slovenia. It is a small, but really interesting and beautiful country with so many different things to see. Hopefully my photos have given you a little glimpse and made you add Slovenia to your list of places to visit. I am certain that I will be back.